The EIA creates multimedia digital works that stimulate the mind.

The ‘internet’ is a strange term, one used to describe vast quantities of data that ultimately make connections. We often use the internet with mobile phones, tablets, laptops, desktops, and even watches - simply to perform tasks - checking emails, posting photos, and shopping.

The beauty of the internet - is it’s very nature, being inherently interactive is unique. There is so much potential in this medium, almost anything is possible. The EIA creates works that experiment with the data that is flowing around the cables and vibrating through the airwaves, and uses it to create works that are surprising, delightful, and inspiring. 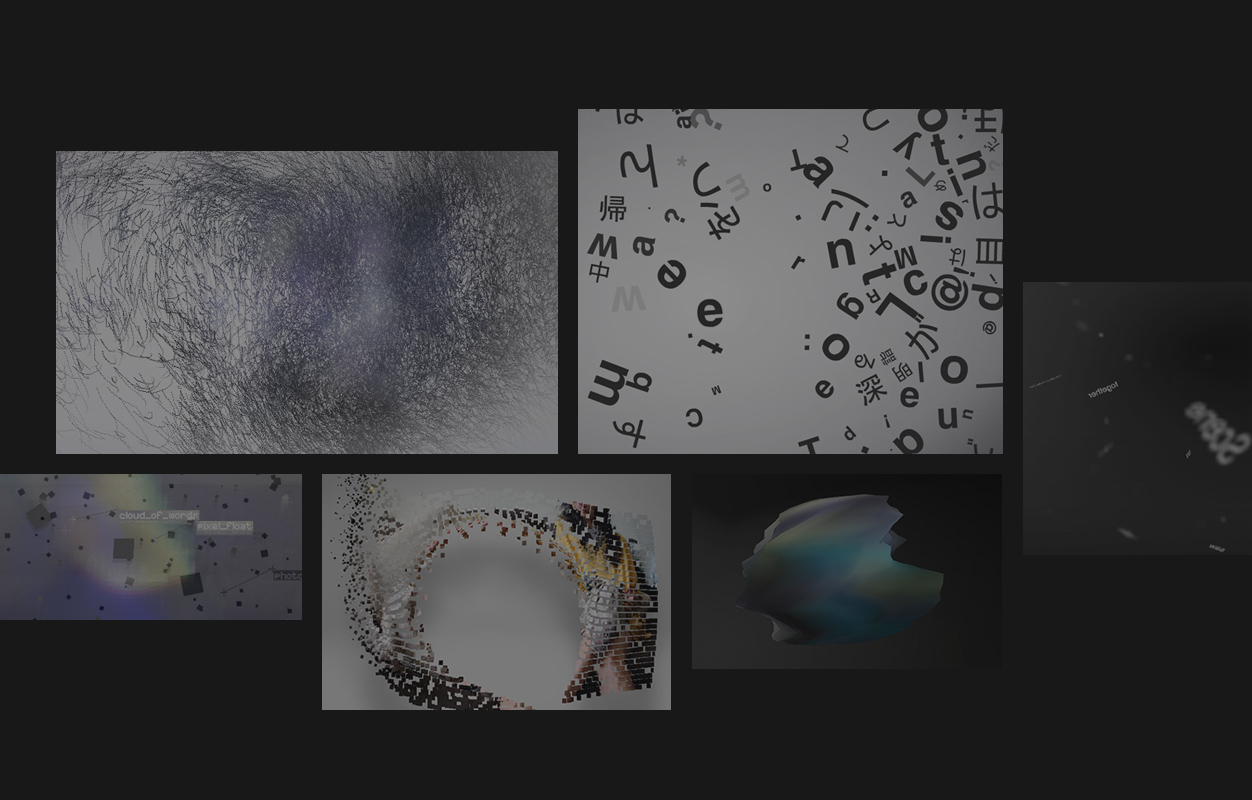 An interactive art project and experiment that collates images, words, and videos from various sources such as Flickr, Twitter, and YouTube. A series of experiments take this information and mixes it to create new versions of the data, transforming them into something more visceral and interactive. For example taking the letters from the latest tweets on Twitter, or the latest image uploaded to Flickr, or the most popular videos on YouTube. Creating a place for people to sit back, explore, and contemplate the complexity and abstractness of the internet and what we put on it.

Each experiment uses different feeds and the results change based on the data pulled in, so on the 3D amorphous shape – the texture is actually a photo from Flickr, and its complexity drives the fluctuation of the shape. Each piece is different each and every time you viewed or visited the site – to reflect the ever changing nature of the internet. The site gained international recognition and exposure, .net Magazine featured it as their ‘site of the month’, it was also Site of the Day on The FWA, with a nomination at SXSWi and an Official Honoree at the Webbys. It was featured over the internet on web awards and design sites. 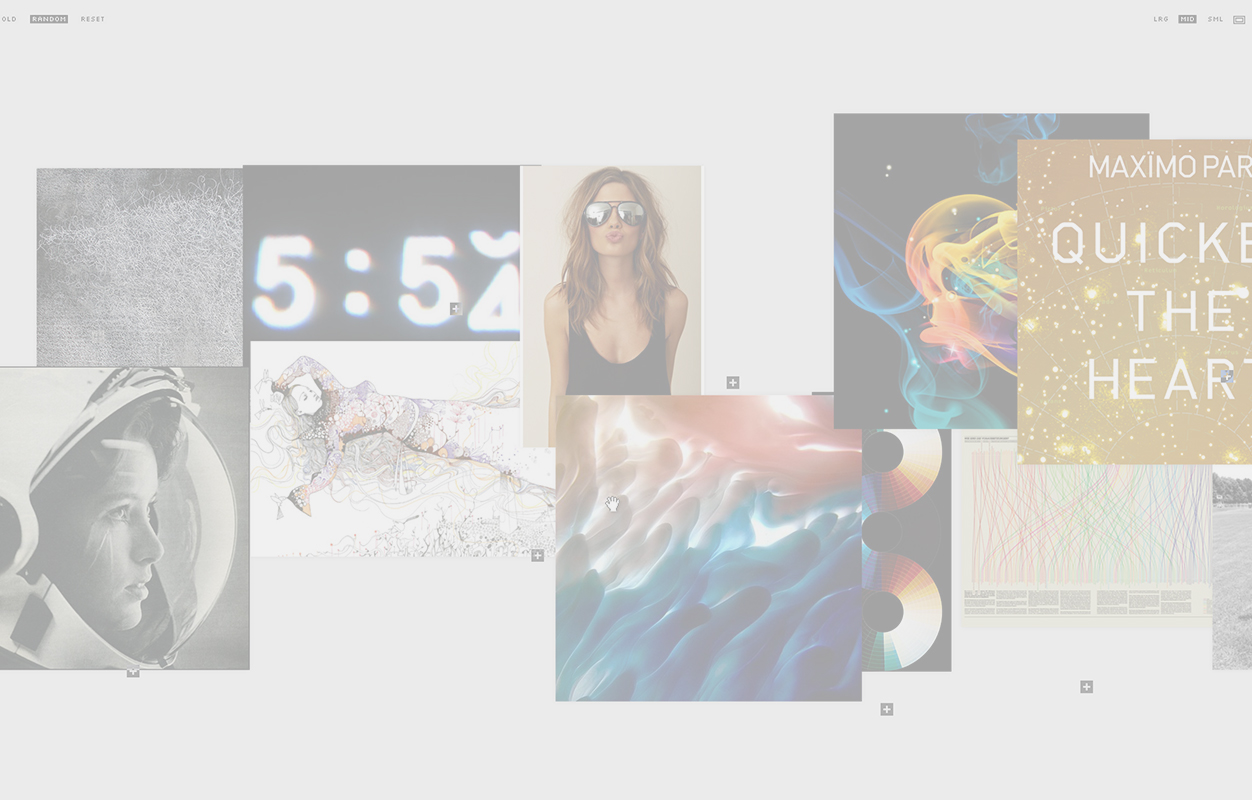 From the world of graphic design, photography, interactive design, and art – a source of stunning, evocative, and inspirational imagery. Put together in an website and Android App using a custom 3D scrolling interface to show a random selection of thousands of images to inspire. You can select to view the latest images, or a random collection, choose different sizes, zoom in and download specific images.

Wanting to create an app for Android, and wanting to see what was possible on the Android platform. Many people are inspired visually simply by imagery, for many there truly are a thousands words in every picture. There are thousands of images to dip in and out of – for a bit of inspiration. An interesting and unique way to visually scan thousands of images when you need a bit of optical stimulation. Also featured across the internet and on Android App sites, such as The FWA Mobile of the Day. 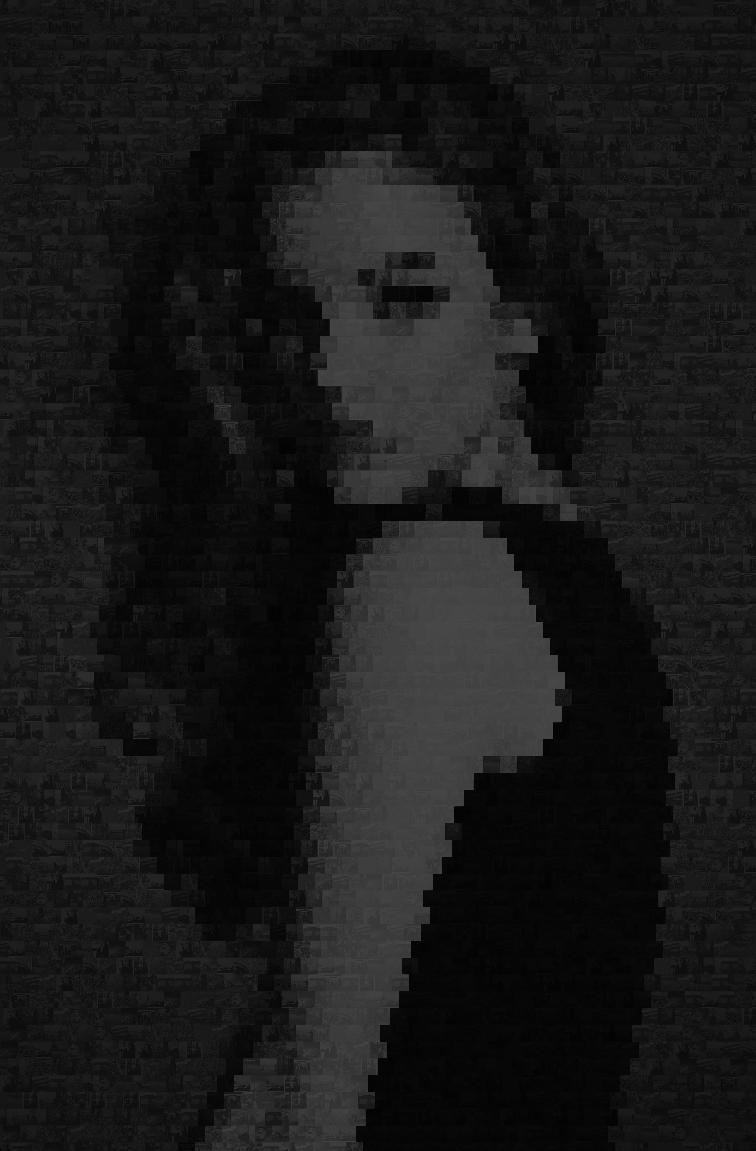 Mozaker is an experimental website that creates unique mosaics using the latest photographs from Flickr. Retrieving images from Flickr you are invited to create a photographic mosaic, search for more images, or upload your own image. Creating an image is simple, either upload your own or select from one on the grid – choose the quality and sit back and watch as the mosaic is created in front of your eyes. Once finished you can download the image or create another.

Created as an experiment into technical capabilities on the web it received much recognition including web awards such as Dope, Website Design Awards, Fcukstar, Design Licks, and Design Charts amongst others. Even today people are still using it to create unique photographic mosaics.